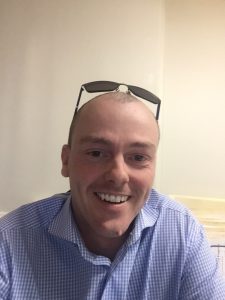 Michael Taylor is the Principal of Taylor & Co Legal and a solicitor with over 14 years of experience in the legal industry.

Michael has a broad range of experience in property transactions, litigated and non-litigated disputes, preparation of advice and legal drafting.  Michael has appeared in matters from the Local Court to the Supreme Court and Court of Appeal in New South Wales.

Michael started his career in 2001 with Vandervords Solicitors as a paralegal appearing in Court matters daily and often travelling the Compensation Court circuits to brief barristers for hearings or motion matters.  After the Compensation Court was abolished in New South Wales, Michael made the switch to the largest Sydney only firm, Henry Davis York where he worked on a range of interesting and varied Commercial and Construction disputes as well as having carriage of a number of litigated pro-bono matters seeking habeas corpus on behalf of 4 stateless refugees.  Michael successfully obtained protection visas for 3 of the 4 individuals.

In the next phase of his career Michael took an in-house position with one of the world’s leading insurers in American Insurance Group.  As a senior claims examiner, Michael handled multi-million dollar claims across financial lines and casualty as well as crisis and marine issues.  Everything from bank fraud to helicopter crashes and cargo container losses.  Michael briefed a range of Sydney lawyer and continued to work alongside them with the handling and resolution of these technical claims.

After welcoming their first child, Michael and his wife moved their young family back to the Penrith district where they grew up to be nearer to family.  Eventually, the lure of working closer to home brought Michael back into the family real estate business and something that has always been close to his heart – property.  His other passion, the law, now rests in Taylor & Co Legal, established in 2013 to provide property and legal services alongside Stanton & Taylor.

If you are looking for a driven and passionate lawyer to handle your next property transaction, you’ve come to the right place.